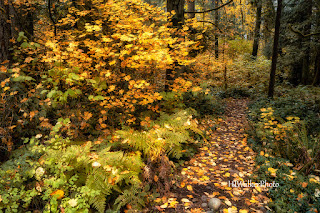 Many heeded the call born out of an ideology that owning land would lead to independence and virtue which in turn would make the nation strong and through “Manifest Destiny” it was an American’s obligation to take to the edge of the continent our great experiment in liberty. Young men and old, women and children all migrated west across the great plains to the fabled riches of the west with dreams of farms, ranches, timber, minerals, and a chance for freedom to choose their own destiny. It was a dream worth dying for.

One-thousand settlers journeyed out from Missouri in 1843 to start the great migration of Euro-Americans heading west to find their small piece of freedom. Each year after, more wagon trains took the 4-6 month journey across the plains surviving illness, hunger, drought, and the violent storms of the American plains. Their journey took them through raging rivers and over treacherous mountain ranges to California and the Oregon Territory. Between 1841 and 1856, more than 350,000 settlers made their way to the west coast. Those early settlers were often alone in the wilderness, carving a homestead out of the thick forests of the Pacific Northwest and south into California. Their closest neighbors could be more than a day’s ride away or, more likely, they were the native Americans whose lands Euro-Americans settled upon.

This is a road trip that explores the experiences of these early settlers in the Pacific Northwest. 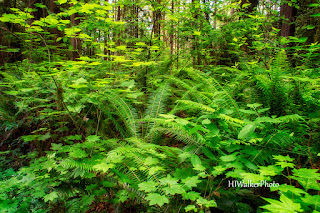 As settlers moved into the area, they were met by forests thick and vibrant with life. Douglas-firs and Western Red Cedars towering overhead with an understory of thick Salal and Sword Fern could give a person used to the more open forests of the east claustrophobia. And the consistent rains that nourish the plant life could give the most joyous person melancholy. That rich fertile land would make for a rich fertile farm. The timber from these massive trees would make millionaires out of paupers. Soon the land was tilled and planted. Homes and barns sprang up and the forest was kept at bay.

Just a few miles from I-5 is one of the few remaining stands of low land old growth forest in Washington at Lewis and Clark State Park. In an effort to preserve old growth forests, these 600 acres was set aside from development and continues to teach us about the Pacific Northwest forest ecosystem before settlers began to tame the wilderness. With over 5 miles of hiking trails and 8 miles of multi-use trails, there’s no shortage of opportunity to explore. I enjoy spending time on the Trail of the Deer and the Old Growth Forest Trail. Check out my tips on photographing forests. 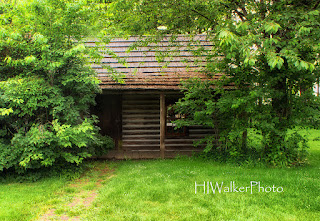 Just a few miles from Lewis and Clark State Park stands a small unpretentious cabin, a replica of the home of John R. and Matilda Jackson. The original Jackson house is thought to have been the 1st Euro-American structure built north of the Columbia River. John called the farm The Highlands and together he and Matilda raised 7 children in their modest home. They would soon come to find that on the frontier, a home isn’t just a home. The Highlands would become a way station along the Cowlitz Road between Oregon City and Olympia, a post office, hotel, tavern, grocery store and courthouse. John himself was more than a husband, father and farmer – he became a sheriff, assessor, tax collector, territory representative and a justice of the peace. To make civilization work in the wilderness, one had to wear many hats.

The park is small but with plenty of opportunity to photograph the cabin among the trees. Look for the small details of the building materials – while the cabin is a reconstruction of the original building, much of the techniques and materials represent what was used in the 1840’s to 1850’s. Tours of the cabin can be arranged in advance by calling 360-864-2643. 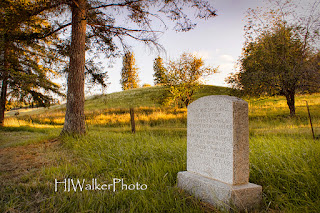 Our last park looks at how fervently migrants believed in their dreams and the lengths they would go to fulfill them. This story starts with a young man and his excitement over his family and their religious followers’ decision to move to the fertile lands of the Willapa Hills in what is now SW Washington. Willie hoped to drive one of the oxen teams across the prairie and worked so hard he gained the respect of the rest of the group and was awarded the lead oxen team. Sadly just a few weeks before departure, Willie became ill and died. But no one wanted to leave Willie behind, so his father built a casket lined with lead, filled it with alcohol and Willie’s corpse, placed the casket in the lead wagon and traveled across the plains into the Oregon Territory. Once they arrived at this place that Willie dreamt of living, they finally laid him to rest.

Willie’s actual gravesite is inaccessible, but a wayside along the highway tells his story – and the story of the thousands of migrants who believed that their destiny could be written in the promise of land in the frontier of a young nation writing its own destiny.

Directions from I-5 north or south: (mileages are approximate)

To Jackson House State Park Heritage Site: Head back to highway 12 along the Jackson Highway. In 2 miles the park will be on your right. (You passed the cabin on your way to Lewis and Clark State Park).

To Willie Keil’s Grave State Park: Head back to highway 12 and turn left towards I-5. Merge onto I-5 northbound. Take exit 77, highway 6, west toward Pe Ell. Continue west on highway 6 for 23 miles. Look for the pull-out with the interpretive sign on your left.

Posted by HIWalkerPhoto at 6:15 PM