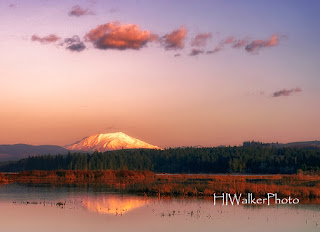 Vulcan’s Lair is a fun add on to your drive to Portland and beyond as both park are within 20 miles of I-5 and offer wonderful examples of wild geologic forces that built the world and laid foundation for our beautiful state. Of the nearly 20 volcanoes that run parallel to the coast in the cascade range extending from California to southern British Columbia, Washington is home to 5: Mt Baker, Glacier Peak, Mt Rainier, Mt St Helens, and Mt Adams. But according to geologist Nick Zenter, there is plenty of evidence that these 5 are the youngest in a family of even more ancient volcanoes. This road trip introduces you to the most recent and most active of all the cascade volcanoes and one very old eruption. 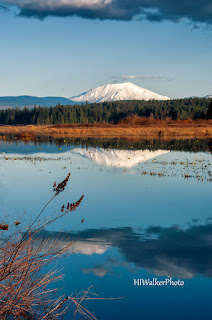 So, head south with me and we’ll pull off the highway near Castlerock to visit Seaquest State Park and views of Mt St Helens. The main portion of Seaquest is across the road from where we’re exploring which is the Silver Lake Mt St Helens Visitor Center and nature trail. If you have the time, the lush forest across the street (easy access by an underground tunnel), is well worth the visit. But on this trip, we’re here to see volcanoes.

Five dollars will get you in to see the exhibits and other programs in the visitor center. Displays of the history of the area before and after the 1980 eruption discuss the interactions between humans, the fertile lands in the area, and the often-disruptive peak. I like heading down into the model volcano to understand more about the geology and ingredients needed for an eruption like the one that occurred 38 years ago. Stop in the theater for a short movie about the eruption and the destructive forces before heading out to see the (for now) quiet volcano.

From the visitor center, make your way towards the lake and a looped trail that meanders along boardwalks connecting small islets in the marshy areas of the lake. From the board walk and trail you will have views of the now collapsed mountain – if it’s a clear day. Create depth in your images by placing the marsh vegetation in the foreground, find interesting lines or unique foliage that help lead the viewer’s eye to the often-snowy mountain. There are several good spots to photograph the mountain and you walk along the path.

Once done with the boardwalk trail, hop back in your car to continue south to the little town of Battle Ground and the little nearly perfect circle of a lake there. 7700 years ago, a cluster of volcanoes in Oregon erupted and in the aftermath of the explosion a lake formed in the leftover caldera. Crater Lake is considered to be one of the bluest clearest lakes in North America. And is well worth the drive to see it. But just north of Vancouver, WA you can see a miniature caldera lake even older than Crater Lake. In an event called the Boring Lava Volcanics, the eruptions left a small caldera at the foot of the cascades about 100,000 years ago. The caldera filled with water to become a miniature Crater Lake except without the blue water and Wizard Island. But the depression is a sweet surprise in the forested landscape. Several trails encircle the lake to let you experience the terrain left over from the more active volcanic periods. The trails closer to the lake edge hike past volcanic rocks, remnants of the eruptions so long ago. Higher, on the crater rim, the forest is thick with vine maples that in the late fall bathe the park in a yellow glow. Stop long enough for a picnic on the lake’s shore and watch families fish from the dock before heading on your way.

Directions from Olympia (mileages are approximate):

To Seaquest State Park: Drive south on I-5 for 55 miles to exit 49 and highway 504 east. Head east for 6 miles to the park. The Mt Saint Helens Visitor Center and boardwalk are on the south side of the highway. The campground and wooded hiking trails are on the north side of the highway. There is a pedestrian underpass that links both sides of the park.

To Battle Ground Lake State Park: Leave Seaquest Park and head west on highway 504 back to I-5 south. Continue on I-5 south for 38 miles to exit 11, highway 502 east to the town of Battle Ground. Continue on highway 502 for 6 miles to town and drive through town. Turn left on NE Grace Ave. In ½ mile turn right on NE 10th St and continue on NE Heisson Road which turns into NE 244th St then then NE Palmer Road. After all that, turn left on NE 249th St and the park.

Posted by HIWalkerPhoto at 1:22 PM