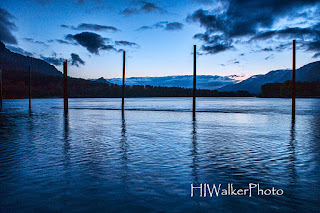 When it comes to absolute beauty in this state, we don’t have to look very far especially when we live in the Puget Sound area and are surrounded by mountains and water. But let’s drive south again towards Portland but head east just as you get to Vancouver to drive Highway 14 through some pretty stunning scenery along the Columbia River. This great waterway of the Pacific Northwest starts in Canada at a series of glaciers called the Columbia Icefields then travels over 1200 miles to the Pacific Ocean. In its journey, the river winds its way through granite mountains of the Rockies and the channeled scablands of Eastern Washington before leisurely strolling through the cliffs of the Washington and Oregon border.


This road-trip primarily is to admire and photograph all the beauty the state has to offer. We sometimes forget the gorge has another side to it, the north side, we are so focused on the beauty in Oregon and the dramatic waterfalls that attract worldwide attention. But drive highway 14 out of Vancouver and I think your heart will be won over. There are other stops along the way that will add to your photographs, but we’ll be focusing on the state parks. 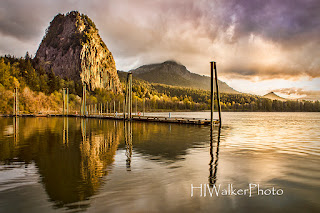 And our first park is Beacon Rock State Park. If ever you’ve driven in the gorge you know the rock I’m talking about. An ancient volcanic plug that stands along as a beacon nearly 850 feet above the river. There’s no missing it. But did you know the park itself is 4400+ acres with hiking, biking, and horse trails? If you have the time hike to the top of Hamilton Mountain for views of the Columbia River, Mt Hood, and Mt Adams. From this prospect you can look down on Beacon Rock. Don’t have that kind of time? Then hike the trail – sections of which are bolted into the rock – to the top of Beacon Rock. Afraid of heights? There’s a lovely little ADA trail below Beacon Rock that takes you through meadow and forest. Spring brings out the colors of wildflowers while autumn turns the cottonwood leaves yellow. The camping park is open year-round and is quite the destination itself, but we’re on a road trip so let’s get back on the road and continue east 27 miles to Spring Creek Hatchery. 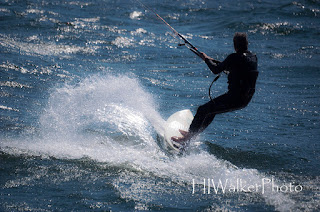 This park and the next are right in the “bottleneck” of the gorge where the winds never cease and the adventurous athlete soars. Spring Creek Hatchery is a day use park next to the hatchery which can be a fun visit. But when I stop here, I pull out my longer lens and make sure I have a fast shutter speed to capture windsurfers and kite-boarders playing in the wind and waves. The other thing to remember here is that this park looks due south and on sunny days can wreak havoc on your exposure. I try to make the exposure for the athlete and the water spray as they carve trails in the river. As these are the most important elements, I let the rest of the scene fall where is may.

Doug’s Beach, another 18 miles further on, is also a haven for windsurfers and kite-boarders. You also have a few more views of the landscape here, but if you want to capture some great action you will not be disappointed by either of these parks. 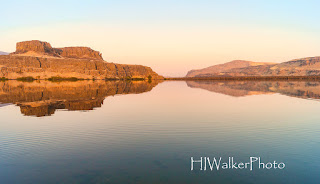 Once we’re tuckered out by all the action, just 7 ½ miles more and we come to beautiful Columbia Hills State Park and Dalles Mountain Ranch. The variety here can leave you breathless and I’m sometimes not sure where to start what with over 3600 acres to explore. Horsethief Butte towers over the park and Horsethief Lake (created when they built the Dalles Dam just down river). Let’s start on the south-side of the highway, closer to the river. When they built the dam, they ended up flooding a Native American settlement and the beautiful pictographs. The Army Corps saved several of the pictographs, chopping them out the rockface and relocating them at the park. An interpretive walk close to the river tells the story of the pictographs and the effort to save them. Again, let’s remember that it serves no benefit to judge past actions with today’s understanding.


Also in this area, we have clear access to the lake shore and any birds that might be gathered in the reeds. If we head east another mile, we get to the parking lot for Horsethief Butte and the trail there where you have views of the Columbia River and details of the vegetation of the dry side of the state. Look for smaller wildlife here and of course the birds in the basalt cliffs of the butte. Also look for rock climbers daring gravity.


On the other side of the highway from Horsethief Butte is a parking lot for the Oaks trail that winds through the meadows of Dalles Ranch filled with Arrowleaf Balsamroot and Lupine in the spring. You can also access the meadows from the historic ranch on the west end of the park. There is an interpretive walk here too of ranching life on the Columbia River with farm implements and out-buildings. It is easy to spend your day rambling in this park. 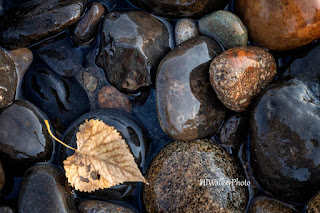 But our last park on this trip is 19 miles down the road and a great place to rest for the night. Maryhill is a year-round camping park on the shores of the Columbia River. I like meandering around on the shores looking for little details to photograph but I have to say my favorite photo is of a little squirrel hopping through the picnic area. Most people associate the Stonehenge Memorial on the hill overlooking the park as part of the park, but it isn’t. Although, it is very close and a wonderful spot to capture the milky way on a summer’s evening.


To Spring Creek Hatchery State Park: Continue east on Highway 14 for approximately 26 miles. The park is on the southside of the highway. Once you turn into the park, the day use parking lot comes before the parking lot to the hatchery.


To Doug’s Beach: Back on Highway 14, continue east for about 17.5 miles to Doug’s Beach. The parking is along the south side of the highway.


To Columbia Hills State Park: Again, head east on Highway 14 for 7 miles to Columbia Hills State Park. There are several entrances to the park. The first on you come to is on the north side of the highway and will take to you the ranch buildings of the Dalles Mountain Ranch – stay on Dalles Mountain Rd until you get to the buildings. The second entrance will be short distance beyond on the south side of the highway and leads to the boat ramp, camping, day use and the petroglyph exhibit. A little further along the highway is the parking are for Horsethief Butte on the south, then the Oak trails on the north.


To Maryhill State Park: continue on Highway 14 for 16 miles. Turn right (south) onto Highway 97, follow for 1.5 miles to the park.
Posted by HIWalkerPhoto at 11:05 AM