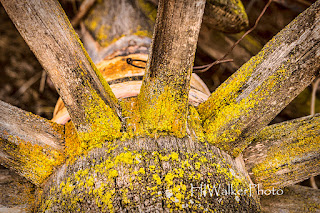 As we remember back through our childhood history lessons and the Euro-American migration west crossing the Mississippi Rivers, through the great plains and over the Rocky Mountains, you might recall that there were basically 4 stages of population influx into Indian lands.  First, we saw trappers and miners exploring the wilderness. As interest in settling the west grew, forts were built to help tame the wilderness and protect the settlers from the Native Americans whose homelands they took. Homesteaders followed closely on the heels of the army, they built towns that would support their agrarian business. Finally the great iron roads of the railroad barons began crossing the plains bringing in a greater number of Euro-American settlers and the wilderness of the west was considered tamed.

It was a time of great changes and great troubles as the accomplishments of one people did not benefit all people. Looking at history comes with its own challenges but a historian friend of mine often reminds me that it is a trap with no clear answers or escape to judge yesterday’s actions with today’s sensibilities. All we can really do is observe and report, watch trends and tendencies with the hope of learning from the past and not passing judgment. 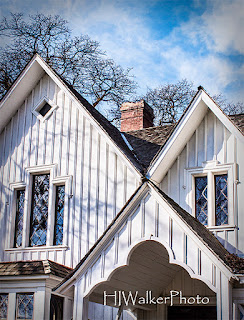 Fort Simcoe was built in 1856 near a fresh spring used as a gathering place for the Yakama Indians. The translated name for the area means bubbling water. I can imagine trappers introducing the Yakama Nation to Euro-Americans here. But it is the fort that visitors come to see, and right now I have no proof that ever occurred. The fort was originally built to keep the peace between the native people and settlers and this fertile area was coveted by both populations. So the army being the army, settled the matter and built a fort. Once the treaty between the Yakama and United States was ratified in 1859, the army abandoned the fort to the Bureau of Indian Affairs and it became a controversial boarding school for Yakama children. It’s a hard history to understand, but the beauty of Fort Simcoe will show you why it was a treasured place for the Yakama people.

The fort sits on a hill overlooking the fertile lands of the Yakima River Valley. While most of the buildings are reconstructed – the officer’s quarters and a block house a distance from the main fort are original. Enlisted barracks, jails, block house, and interpretive center are reconstructed in the construction techniques of the time. The Officer’s Quarters are styled in Gothic Revival with high pitched dormers to add a perfect contrast to the rolling hills of Eastern Washington. You can also explore the officer’s quarters and the park has created styled vignettes in each of the rooms.

I like focusing in on the details of the buildings and construction techniques. Try to record the details that help record the era. The vignettes in the officer’s quarters are blocked off as in most historical homes but I’ll use a longer lens and a high ISO to zoom in on the settings and furnishings.

A mile-long trail around the park takes you through shrub steppe and oak forest, giving you an idea of what the land may have looked like before Euro-Americans settled here. 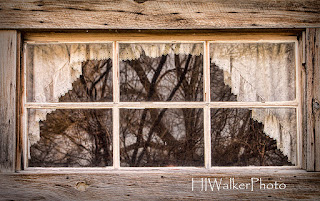 We’ll next drive 72 miles north and a few years beyond Fort Simcoe to 1875 and Olmstead Place Historical State Park to photograph life on a frontier homestead. The Olmsteads settled along the Altapes Creek in Kittitas Valley. Their modest cabin soon grew into storage and animal sheds. As the prosperity through cattle grew in the region so did the Olmsteads. The homestead now includes a pioneer cabin, original out buildings, a more modern barn and house, plus a heritage garden filled with colorful flowers.

The out buildings are filled with agricultural implements from the 19th and early 20th centuries while the cabin is filled with home making supplies so the visitor can imagine life on the farm on the frontier. Use whatever lens you’re comfortable with and look for patterns and textures in the details. 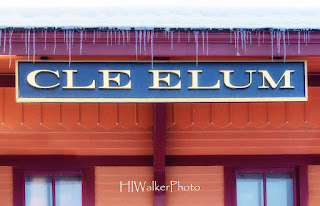 We’ll need to speed forward a few years to 1909 and 35 miles west to the Chicago, Milwaukee, St Paul and Pacific Railroad South Cle ElumRail Yard – I just call it the South Cle Elum Rail Yard. As Railroads began to cross the expanse of our nation, a greater number of Euro-Americans made the trek to cities large and small to open libraries, schools, and businesses not entirely dependent on the agrarian culture. The beginning of the industrialization of the west began – very few areas of the west were considered frontier.

Now the South Cle Elum Rail Yard is managed by the Cascade Rail Foundation in partnership with Washington State Parks. It is what is called an affiliated site as it has been preserved through funds and administration of the Washington State Parks Commission. The Milwaukee Road is now a mostly paved trail  - the Palouse to Cascades Trail - stretching from North Bend to Vantage with plans to extend the trail when possible.

But our focus is on the old depot. South Cle Elum became a division point where locomotives were serviced and crews switched on and off. Passengers and freight could also board or depart the trains in the points. A short interpretive trail circles a meadow where you can see some of the old foundations of structures needed to run a depot such as the roundhouse and water tank. The depot is open with exhibits and stop by Smokey’s Bar-B-Que next door in the depot for dinner to end your day.

Directions from Yakima, 106 miles between parks
To get to Fort Simcoe from Yakima: Drive south on I-82 for 7.5 miles to Lateral A Road. Turn right and follow Lateral A Rd for 10 miles to Fort Road. Turn right on Fort road and follow to White Swan in 14 miles. Turn Left on Signal Peak Road then another right onto Fort Simcoe Road. The park will be on your left.
Fort Simcoe to Olmstead Place: Go backwards from the above directions and pass through Yakima on I-82 heading north until the Thrall Road exit just before the junction with I-90. Turn left onto Thrall Road and another left onto Number 6 Road. In 4 miles, turn right onto Kittitas Hiway and follow to the park on your right.
Olmstead Place to South Cle Elum Railyard: Head back out to Kittitas Highway and turn left, follow into Ellensburg to Canyon Road. Turn left on Canyon Rd then another left onto I-90 westbound. In 25 miles, take exit 84 from I-90. Turn right onto Oakes Ave in Cle Elum follow to 1st Ave then turn Left. Make another left onto S Cle Elum Way. Follow S Cle Elum way into South Cle Elum then turn right onto Madison Ave. Turn left onto 6th and another right onto Milwaukee Ave. The depot and park will be on your left.

Posted by HIWalkerPhoto at 11:43 AM